The Danalock V3 is an Apple Home compatible smart lock that allows you to turn your existing deadbolt setup into a smart lock by replacing only your latch.

It’s the same kind of product as an August Smart Lock so that begs the question: Which one is better? The Danalock V3 is by a tiny margin. It’s easy to install, annoying to setup but overall, better.

The Dana Lock is a retro-fit smart lock. It has more in common with the August Smart Lock then it does the Kwikset or Weiser Premis or the Schlage Sense.

The exterior of the lock is made from anodized aluminum which provides a decent level of scratch resistance. Now despite the touted Danish design, I did find face of the lock having a sharp edge which seems odd but I didn’t notice it during normal usage.

Now one of the standout marketing features of this lock is the AES-256 encryption, coupled with the TLS 1.2 protocol with everything that sits on a HSM. Basically, the Danalock V3 is digitally, very secure.

When it comes to compatibility, the Danalock V3 works with Apple Home, Z-wave and Zigbee BUT you’ll need to buy a different lock for each platform you plan on using.

The Danalock is powered by CR123 batteries which look like 1/2 AA’s BUT pack a bit more juice than the standard Double AA battery. The CR123 lithium battery, according to Danalock will last 1.5 years with 10 remote unlocks a day.

Installing the lock is quite simple and isn’t as involved as the Premis or Schlage Sense BUT I did come across a small issue during install that some of you need to be aware if you’re planning on getting this unit which is the first pro-tip.

Now the install was pretty painless except for the plate portion. Why? Because the labelled Weiser plate did not work with my Weiser lock. I had to use the Kwikset plate. Now this seems like a boo-urns moment BUT Weiser and Kwikset are owned by the same parent company so their parts are going to be interchangeable. Which explains why Weiser Premis and Kwikset Premis looks exactly the same.

Now before you can use the Danalock to it’s full potential, you’ll not to poke this tiny hole a bunch of times. I’m not joking but I’ll cover that in the app portion of this review.

Onto the app and software which is an area that Danalock needs to improve from my perspective. Now the overall functionality of a purely Apple Home lock in Apple Home is going to be hamstrung a bit. BUT other brands have products that are compatible with Apple Home also have additional features in their apps which would be a value add when compared to the Danalock.

The second reason why I think the app needs work is that several hardware features such as auto-lock needs to be configured on the actual device rather than through the app. This seems a little backwards to me but there is a tiny pinhole button that you press a number of times in order to enable hardware features.

One of the standout features is Twist Assist. It allows you to unlock your door by slightly turning the latch. I found that twist assist is handy when you need to access the lock with your hands full. Sure it doesn’t take much effort to turn the normal lock, being able to push it slightly with one finger is nice.

Now my goto recommendation for a retro-fit style of lock was going to be the August Smart Lock Pro. Why did I change my mind after using the Danalock V3?

There are two reasons:

– The first reason is the size. The August product is just way too big. It won’t work on my back door because the window. Apart from the longer life, Danalock’s decision to use the CR123 batteries is smart due to the smaller size.

– The second reason is ease of use. The Danalock V3 acts more like a regular deadbolt than the August Smart Lock which acts like a jar lid that I have to take off. The Twist Assist is a feature that will be handy every once in a while when your hands are full. Or if you’re just incredibly weak-fingered.

Now the only reason why I wouldn’t get the Danalock V3 is if you want more flexibility when it comes to giving people access to your home. Specifically when it comes to the Apple Home version of the Danalock. Again, the cleaning person doesn’t need to see if my infant is sleeping when they’re not cleaning my house. As I said at the beginning of the video, your home life will come into play when it comes to choosing the right lock. 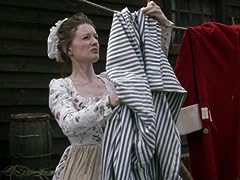 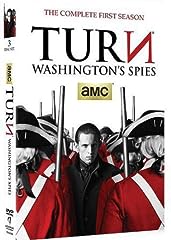 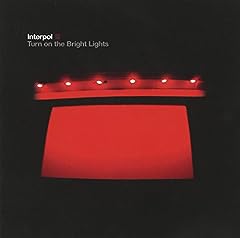 
Turn On the Bright Lights

Shrink-wrapped (as of September 19, 2020 - More infoProduct prices and availability are accurate as of the date/time indicated and are subject to change. Any price and availability information displayed on [relevant Amazon Site(s), as applicable] at the time of purchase will apply to the purchase of this product.)

Thank you for doing these reviews. Keep up the great work .

zigbee and zwave do have an advantage over homekit, that all “z-devices” create a mesh network so your doorlock does not need to be in range of the hub. just in range of another z-device.

SSL+ is used between your phone and august servers, then again from august servers to the lock via wifi.
the fact that august uses a web service for the lock dictates their encryption… kinda. SSL+ is just easier for them.

Your problem is that you are not a security expert and so you are only looking at the tech and ease of use. I have a background in designing physical security and so know my onions. I really like your videos on home automation but please please try to avoid promoting ANY primary security devices without first assessing them on the primary purpose for why you need them – to prevent felons breaking into your home.

I am sorry to say that you are failing to emphasise that ALL domestic use locks, smart of otherwise, are seriously poor at doing what they are supposed to do i.e. keep thieves from breaking into your home.

This youtube link by MrLocksmith (I have no commercial link to this fellow except I like his videos since they speak from decades of lock security experience) should be attached to ALL your lock related videos as a warning that ALL smart door locks are inherently flawed and should not be used as your primary means of protection for your home.

So clear and straight forward with pure information and data. Thank you sir!

Thank you for taking the time to make quality content!

You should check out Aqara (with HomeKit) coming very soon in September. The big plus is that it’s very affordable. Probably the most affordable Smarthome devices with HomeKit. http://aqara.com

cool video! how can i ship the products to you so that you can help us do the video review? What is the timing and commission?@SmartHomeReviewEh

Good to see your back!!!

Damn that was loud.

I think i would prefer August.

Wow. I might just buy this. Thx for the revirw

Thanks for the great review. Definitely a better looking product than the competition.